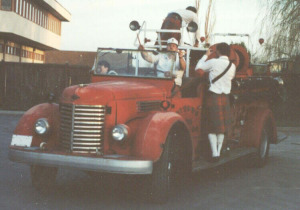 Trailer pumps have been around for many years, with one of the earliest being put on display at the Tunbridge Wells Exhibition and Demonstration of Motor Vehicles on 15 October 1895. This rig was built by Daimler, which had been producing trailer pumps since the late 1880s.

Trailer pumps were a good idea – in many cases, they were obsolete horse drawn apparatus that were still effective and could be kept on the roster.  The VFD did this in 1912 by attaching steam pumpers to Seagrave tractors.  At that time motorized fire apparatus were not equipped with pumps and this was the only feasible way to modernize the Department’s pumping power.
By the late 1920s two-wheeled pumps were being manufactured by many companies in Europe, the UK, and North America. Generally, they became a great success for use in small towns, industrial sites, hospitals – basically for auxiliary fire units such as Air raid Precautions (ARP) during World War II.  Many were placed into service pumping basements or doing cleanup after a major fire or natural disaster.

The advantage of this apparatus was that they were comparatively inexpensive and did not take extensive experience to maintain or operate.  They also did not take up much space, and could easily be towed by a trailer equipped pickup or car.  They were, in their own way, an important and interesting type of fire apparatus. The Victoria Fire Department took delivery of two Canadian-built trailer pumps in 1942, and both have been preserved. They were likely used for training, and ‘auxiliary’ pumping duties.  They were each powered by a Ford flathead V8, and in the early 1990s, with increasing concern for earthquake response, were equipped with new radiators, the engines having previously been cooled by the water being supplied to the pump.

The restoration of the first was carried over a year by Al Adams, VFDHS, who also restored his 1950 Ford pickup. 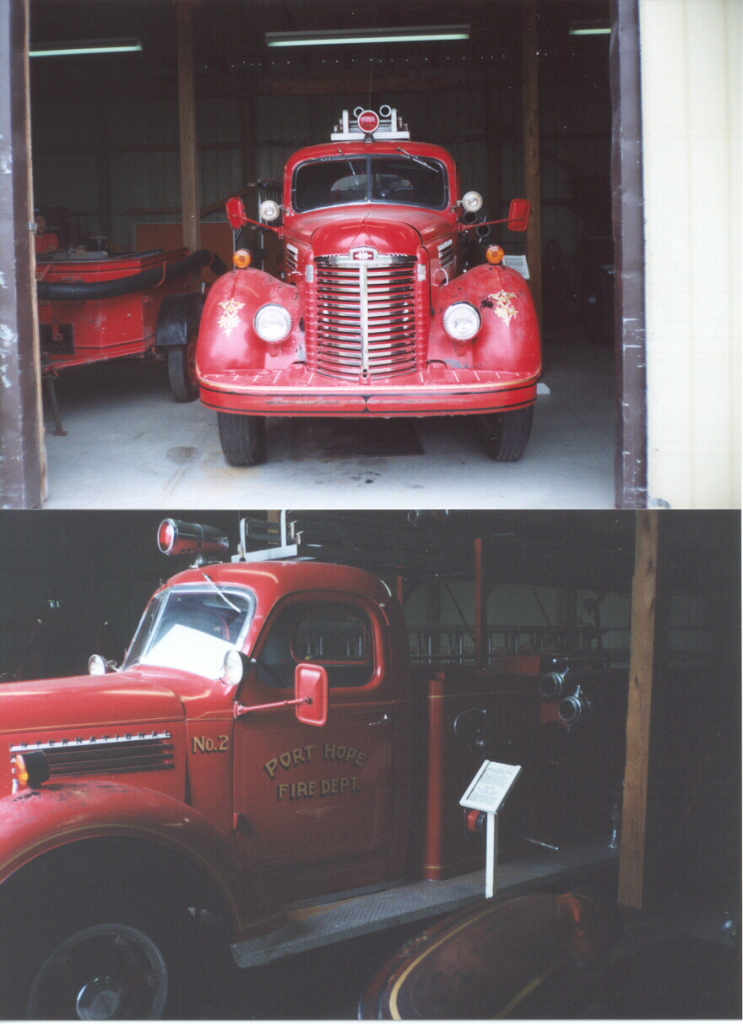